The open-air exhibition of West-Pomeranian narrow-gauge railways is a department of The National Museum in Szczecin. It employs five people who maintain the exhibits and serve the visitors. We take care of historic steam locomotives, carriages and other railway devices.

The exhibition presents West-Pomeranian narrow-gauge railways rolling stock. The narrow-gauge railways on the Polish side of post-war border were a unique case in Europe in terms of the lines length and density (on the German one, they were dismantled by the Soviet army and, apart from a small fragment on the island of Usedom, never rebuilt). The network spread from Kołobrzeg in the north to Stargard in the south and from the port of Stepnica in the west to Bobolice in the east. It employed around 1000 railwaymen. The network taken over by the Polish state transported up to one million passengers a year and carried around half a million tons of cargo a year. At the beginning of the previous century, it was the bloodstream of Junker economy, connecting landed properties, starch factories, distilleries, dairies and sawmills with the network of “normal” railways. Junker economy management style influenced post-war Poland, where State Agricultural Farms (PGR) took over the function of landed properties. The establishment, development and collapse of narrow-gauge railways are a classical example of functioning of a particular branch of the economy, firstly in industrial capitalism, and then in economic statism of Polish People’s Republic. After a century of operation, the network became abandoned overnight.

The open-air museum in Gryfice was created spontaneously at the beginning of 1970s. Steam locomotives were being set on a track that was running parallelly to a former locomotive shed. This is how Permanent Exhibition of Pomeranian Narrow-Gauge Railways in Gryfice came to existence. Its initiator was Mr. Zdzisław Kopera, M.Sc. He was recalled by Mr. Andrzej Kozłowski, the author of the only thesis devoted to the history of Gryfice exhibition: “Mr. Kopera has worked for large railways for many years – he was the stationmaster of one of Poland’s largest marshalling yards in Szczecin Port Centralny. When the end of his carreer was approaching, in order to give him some rest, they transferred him to a small station. Nobody excepted his falling in love with an old-fashioned railway and decision to preserve at least part of it for the memory of future generations”.

Zdzisław Kopera succeeded in persuading the decision makers of The Ministry of Communication to create a narrow-gauge railway open-air museum in Gryfice. The permanent exhibition was officially opened in 1978 in an area neighbouring with the locomotive shed (today’s Gryfice railway workshops). The exposition functioned in that shape for around ten years. Its legal status was unclarified – theoretically, it was the property of Polish State Railways (PKP), in practice it belonged to The Railway Museum, which, in turn, was owned by the PKP – a vicious circle.

In 1987, an area of 6000 sq. m., neighbouring with the narrow-gauge railway station, was obtained to become the open-air museum location. The last years of Polish People’s Republic were a time of shortage of goods, developed areas and staff. Obtaining a place for the new department of Warsaw Railway Museum was, undoubtedly, immensely difficult at that time (considering narrow-gauge lines development plan). The plot, of a triangle-like shape, was located in a waterlogged area. Sandwiched between dwelling buildings and railway area, had no possibility of being enlarged by any extra space for museum purposes (open-air and indoor exhibitions, visitor and staff facilities or museum workshops).

In those days, unpaid works were carried out by citizens at their free time for the sake of the society and the state. Works within such actions included developing power network, most of land melioration and design works done by Railway Design Office.

The works began in 1987. Tracks and platforms were built, together with a provisional exhibition hall. The permanent exposition has already functioned for thirty years in those metal huts.

From today’s point of view, the open-air museum functioning in those conditions is hard to understand. Considering liquidation of the whole narrow-gauge network, active protection should be applied to any of decaying historic narrow-gauge railway stations with their workshops and other railway facilities. The Gryfice open-air museum is, however, a thing of another era.

West-Pomeranian narrow-gauge railway network was one of the most dense in Europe. It was also unique for its rare 1000 mm track gauge. It may be stated, that the mission of the Gryfice unit is to preserve unique rolling stock used on those lines. This collection is exploited and limited. Other small collections are also owned by Rewal railway, Koszalin association and The Station Museum in Warsaw.

The mission is basically carried out by preserving of what is left of the narrow-gauge railway rolling stock. The exhibits presented at the open-air museum may be found at a separate bookmark.

Another issue is the protection of immobilities: station buildings, bridges and viaducts, workshops, locomotive sheds and railway infrastructure. Most of those objects are deacying without care. Seaside Narrow-Gauge Railway in Rewal Community and Association of Narrow-Gauge Railways Enthusiasts in Koszalin are praiseworthy exceptions. They succeed in maintaining tourist rides. Another interesting idea, carried out with the EU support, is a network of cycling tracks of Karlino, Gościno, Rymań and Kołobrzeg communities – “The Route of Narrow-Gauge Railway Embankment” – with a total of 80 km of tracks.

In 1995, the management of Warsaw Railway Museum was taken over from PKP by The Ministry of Transport and in 1999 by Masovian Voivodship local authority. After a further decade, in April 2010, the Gryfice open-air Museum was incorporated in the structure of The National Museum in Szczecin, according to an agreement concluded on May 31st between West-Pomeranian and Masovian Marshall Offices.

The local authority of West-Pomeranian Voivodship became the owner of the collection. The National Museum in Szczecin has taken over the majority of the collection, facilities and the open-air exhibition staff from The Railway Museum in Warsaw. The very action of taking over was carried out smoothly, with a great participation of Mrs. Bogumiła Szeląg, then the open-air museum manager and its long-time employee.

The transfer agreement did not include the most precious objects (among others, three steam locomotives) and railway models permanent exhibition. This resulted from accountancy procedures. The Gryfice objects were strictly related to West-Pomeranian Narrow-Gauge Railways, they ended their operations here and here they were preserved for future generations. The open-air museum creators did not intend to scatter the collection throughout Poland. Thus the protection of the collection unity is as important, as everyday anti-corrosion protection. 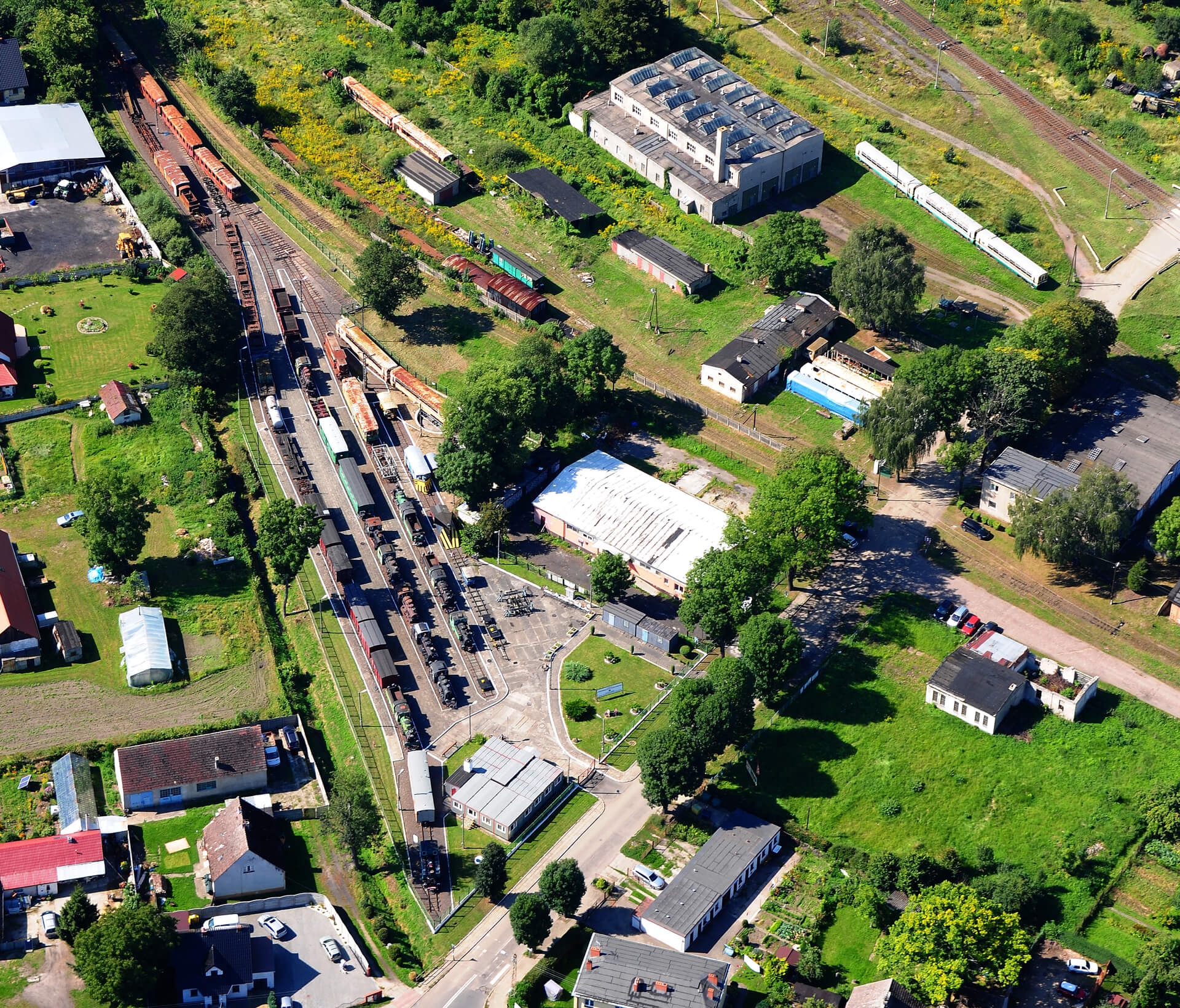